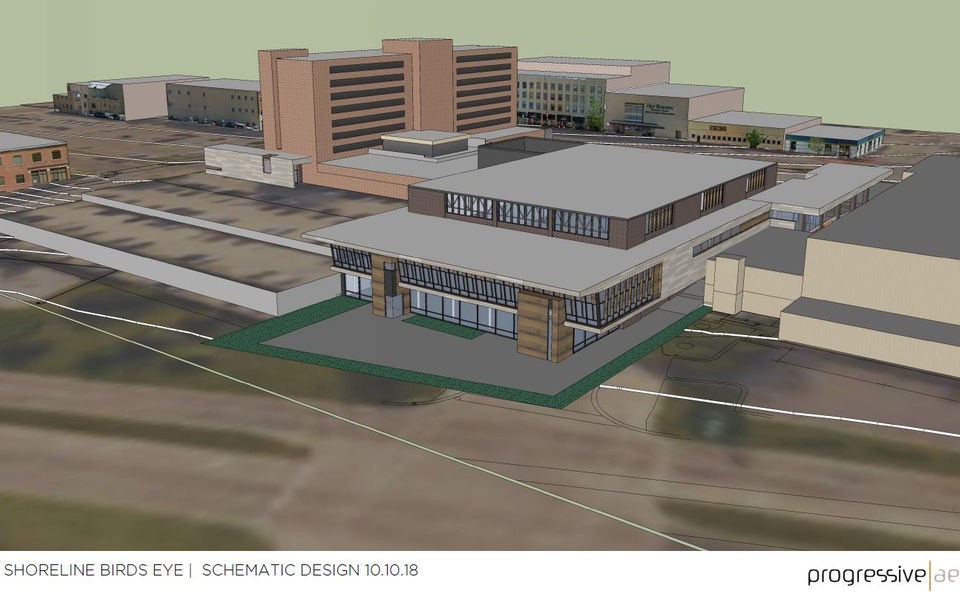 MUSKEGON, MI – Muskegon’s proposed convention center plans have been announced along with the first images of what the 45,000-square-foot facility might look like when it’s done.

The proposed $17 million convention center will sit on what is now Fourth Street between West Western Avenue and Shoreline Drive, flanked on either side by the L.C. Walker Arena and the downtown Holiday Inn.

It is a pet project for the city of Muskegon and Muskegon County, as the new center is being viewed as a way to boost winter tourism, hotel and motel room rentals, and special events throughout the year.

Plans have been in the works since 2014, but now, designers Progressive AE have offered clearer pictures of the proposed convention center.

The release also features a new project cost — up $2 million from the original project estimate of $15 million. 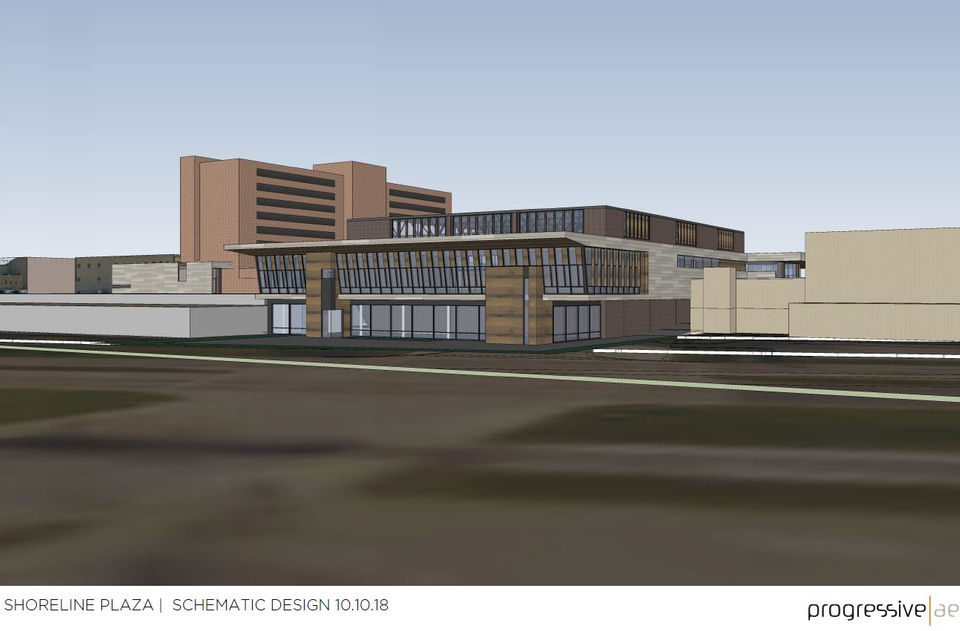 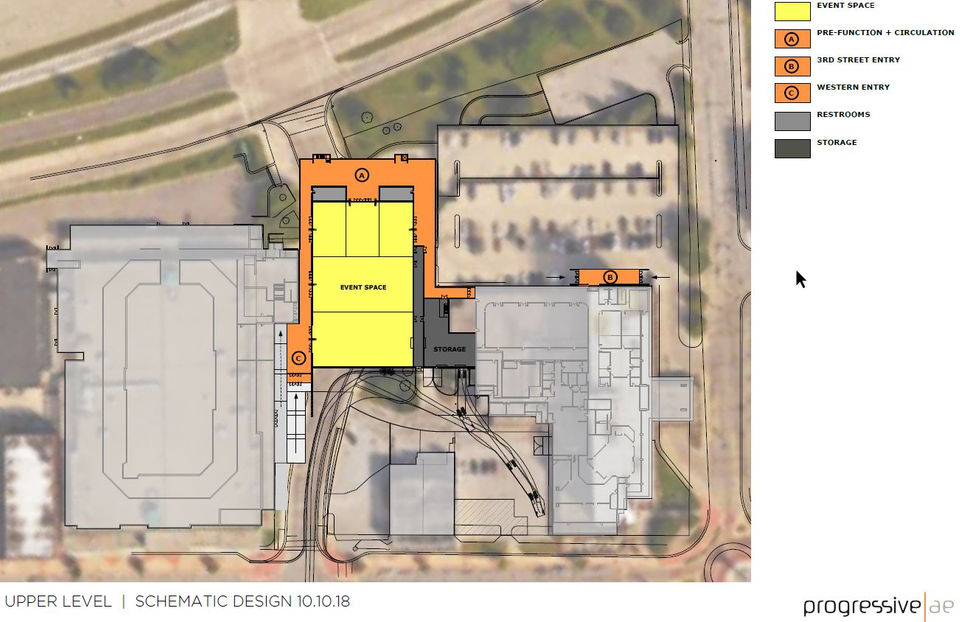 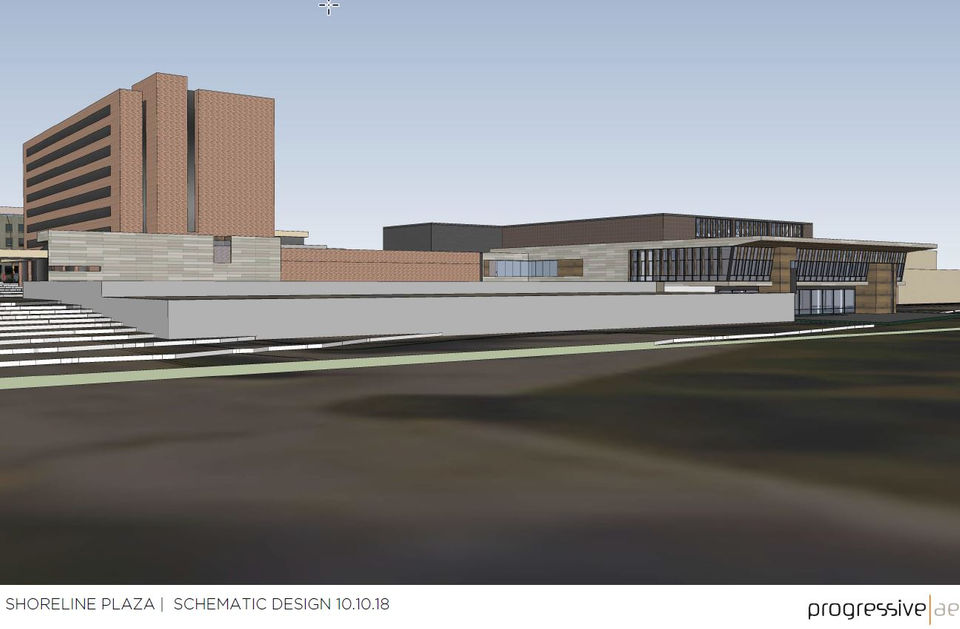 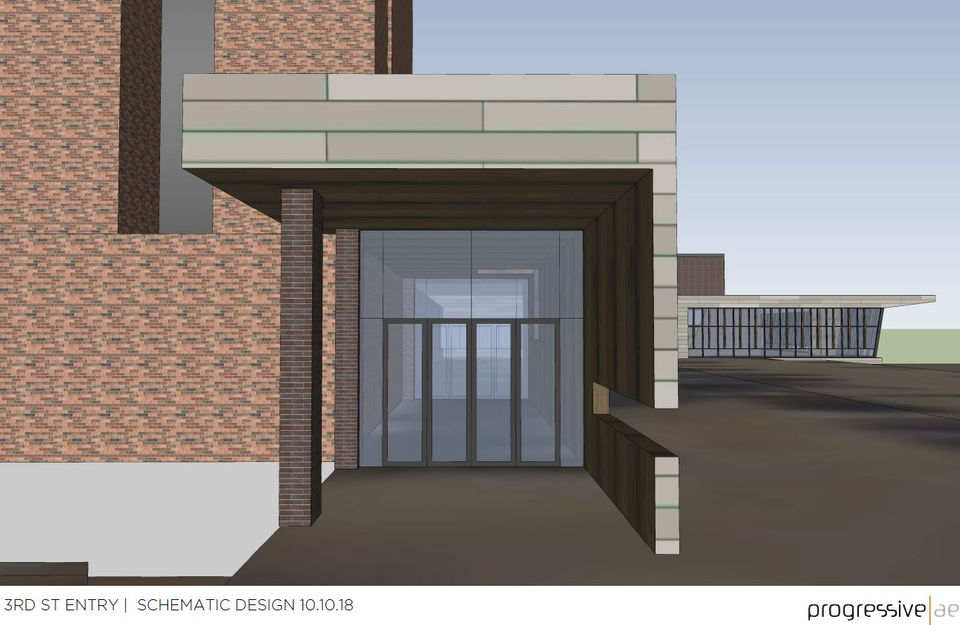 A free unveiling event is scheduled for 5:30 p.m. Tuesday, Oct. 30 at the LC Walker Arena so residents and community leaders to take a closer look at the plans. The city also wants to show off to summer renovations made to the arena. Its design is a nod to the city’s industrial past, according to a news release issued by city and county officials. Muskegon County Administrator Mark Eisenbarth said the partnership will help add a “year-round aspect to tourism in Muskegon County.”

The project is being funded by the county’s accommodation taxes and assessments collected from Muskegon hotels. A $6 million renovation to the Holiday Inn and a $1.7 million upgrade to the arena brings the total investment at the site to $26 million.

According to the newly released plans, the center will be connected to the 201-room Holiday Inn Muskegon Harbor hotel and the arena, with entrances near Shoreline Drive, West Western Avenue and Third Street. It features 20,000 square feet of convention space and pre-event areas supported by more than 10,000 square feet of breakout and banquet space in the adjacent Holiday Inn.

A concept rendering of a proposed $17 million convention center in the heart of downtown Muskegon. Design and architectural work is being handled by Grand Rapids-based Progressive AE. The total project cost has been increased, up from $15 million. (Courtesy | Progressive AE) 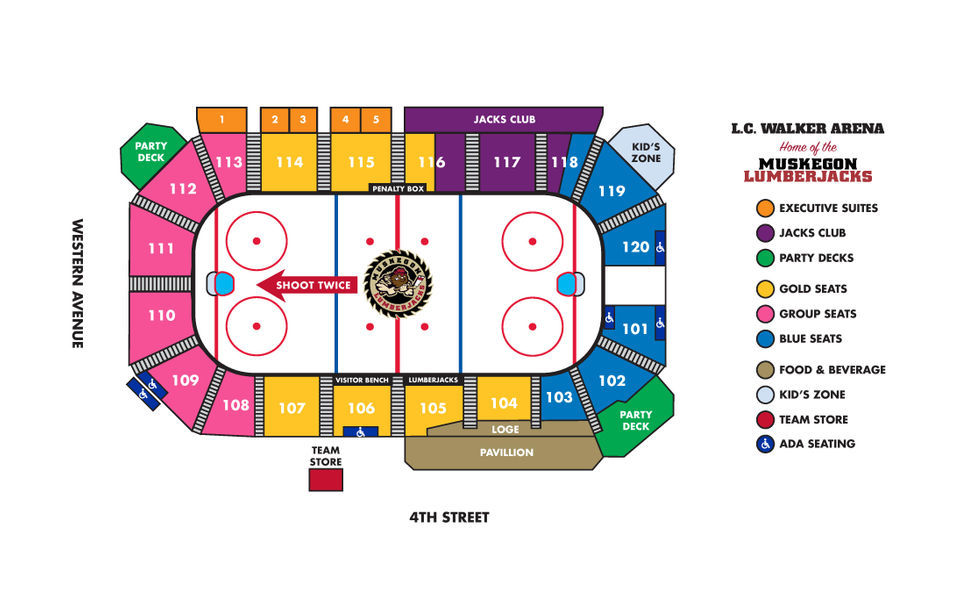 Here is a bird’s-eye view of the planned seating and concourse areas at L.C. Walker Arena. (Courtesy of ROSSETTI) 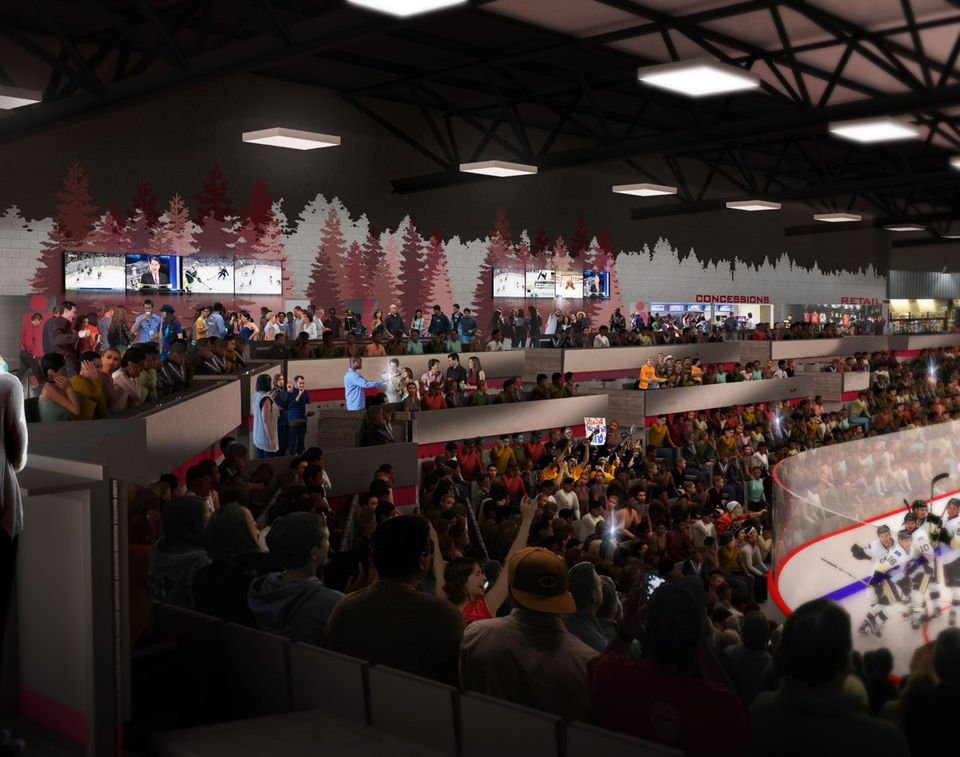 Here is a rendering of the pavilion/beer garden area being constructed at L.C. Walker Arena. (Courtesy of ROSSETTI)

Another $500 million in development projects or either continuing or wrapping up this year, giving Muskegon leaders a hopeful outlook for the city’s future.

“We feel the addition of the convention center will only enhance our growing downtown and provide new opportunities to host larger meetings, conventions, exhibits, etc.,” said Muskegon City Manager Frank Peterson. “This is a great opportunity to breathe new life into the arena, and ensure that future generations can make similar memories in that building as well as create new memories in our new convention center.”